Ford Motor Company, along with General Motors, Toyota and Volkswagen, may have started out as automotive manufacturers, but they now refer to themselves as “mobility service” companies. Ford believes “freedom of movement drives human progress.” While it is now a global company, Ford started out more than 100 years ago in Dearborn, Michigan. The company revolutionized manufacturing by introducing the moving assembly line and made car ownership possible for everyday folks and not just the wealthy. Today, the company focuses on technology first and uses artificial intelligence (AI) and machine learning in many ways from connected car solutions to the development of autonomous vehicles. 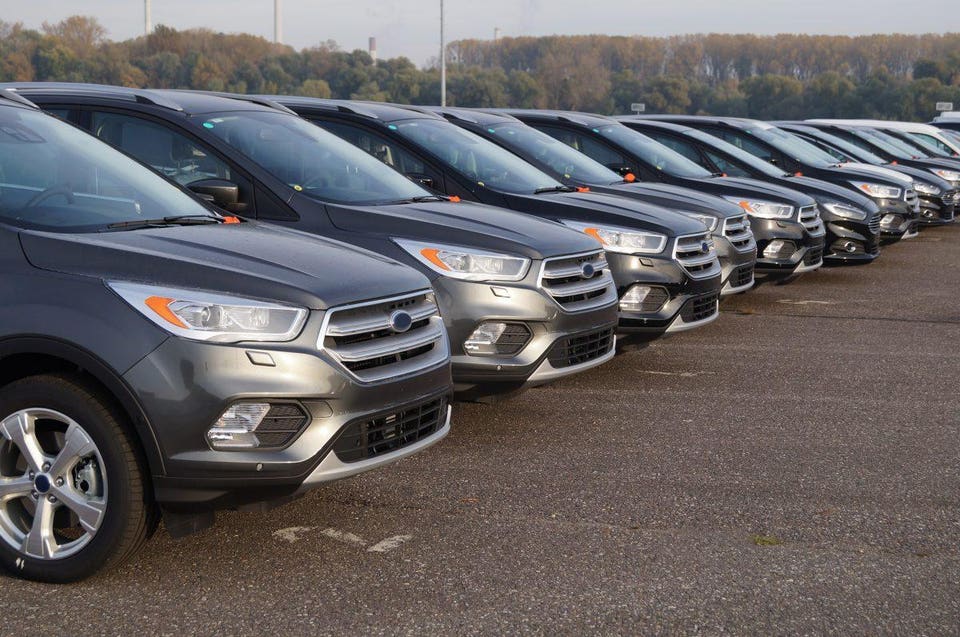 AI in the Manufacturing Process & Operations

Ford also uses AI technology to understand the inventory data for used cars with an artificial intelligence platform called CarStory. Now dealerships can learn details about the condition of vehicles, owner history and see how pricing is in the marketplace. The reports from CarStory use analytics to determine what makes each previously owned car unique.

Smart Technology for Cars on the Road

The 2019 Ford Edge model will have artificial intelligence as part of its all-wheel-drive system. By using dozens of high-tech sensors, the system can determine quicker than a human brain if all-wheel drive is needed. It’s able to shift between two- and four-wheel drive automatically. Machine learning techniques added to vehicles help provide the new features, personalization and product improvement consumers desire. Many of the AI applications interact directly with the drivers to monitor acceleration or braking, help improve fuel efficiency and the driver’s preferences for seat position, climate control, and infotainment.

In China, Ford launched SYNC infotainment system that relies on Baidu’s artificial intelligence. Ford is working very closely with Baidu to give Chinese consumers (the largest emerging auto market) what they demand in connectivity. It features an intelligent voice assistant, access to video streaming, easier info exchange between the in-vehicle system and FordPass as well as the ability to pay for services. All of Ford’s products in China will beconnected by the end of 2019.

Ford Motorsports Moves to Pole Position Thanks to AI

Another way Ford takes advantage of artificial intelligence is on the racecourse. Ford Motorsports uses simulation technology (NVIDIA DGX-1 artificial intelligence supercomputer) to understand the performance of a race car before it ever hits the track. The insights inform the race strategy and have produced incredible results—given Ford 300x performance improvements.

With an investment of more than $1 billion in Argo AI, Ford has backed up its commitment to technology with funding. Although Argo AI is an independent company and its innovations will help other car manufacturers as well, Ford uses Argo AI technology in its vehicles. In addition, the partnership is exploring how driverless cars and trucks could transform the transportation and delivery industries. Currently, Walmart uses Argo AI-powered Ford vans for some home deliveries. Argo AI was founded in 2016, but thanks to Ford’s investment the company has been able to quickly develop its self-driving car technology. Argo’s systems use technologies such as lane-keeping systems and adaptive cruise control as well as a variety of sensors including LIDAR, radar, infrared to improve the way the self-driving vehicles “see” the world around them and respond to the environment.

Ford has also invested in several centers of excellence to focus on machine learning and AI. These centers are where engineers determine the AI tools and methodology that should be dispersed throughout the company and to further advance AI applications. The company also has partnerships with several high-tech companies and start-ups around the world plus a Research & Innovation Center in Palo Alto.

Ford expects to launch its self-driving car fleet in 2021, but they will be “geo-fenced,” Ford CEO Jim Hackett confirmed. Currently, the company is testing its autonomous vehicles on the streets of Detroit, Miami, and Washington, D.C.

With all of this technological development coming from car manufacturers, CES, one of the world’s biggest tech shows, has become one of the biggest auto shows. The pace of AI innovation is brisk. Companies such as Ford that are proactive with investments, research, and product development will be the ones that enable their continued success.