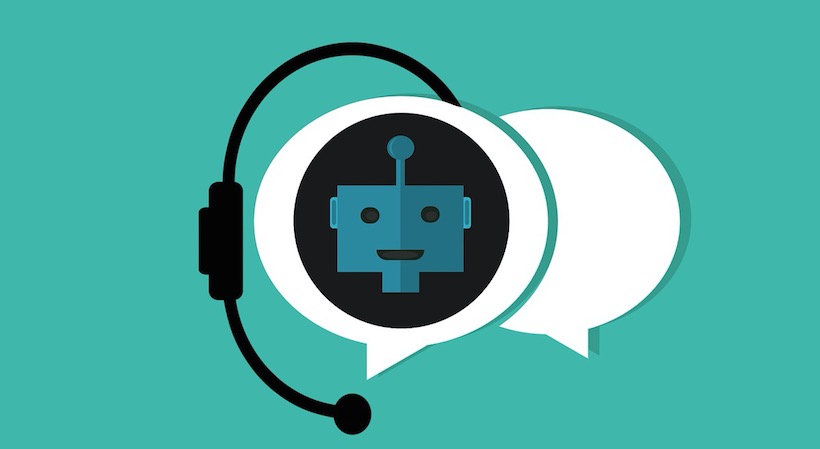 Chatbots are everywhere. From your online banking page to takeout restaurant websites, it seems rare nowadays to not see that friendly pop-up in the corner of your screen while browsing the web: “Hello! How can we help?”

When the chatbot is capable of handling customer service enquiries, it’s certainly a useful tool for businesses to have. Not least for millennials, who increasingly prefer to interact with chatbots over real-life humans to resolve their queries.

In fact, according to Gartner, by 2020, the average person will speak to a chatbot more than they speak to their spouse.

Unsurprisingly, the global chatbot market is expected to reach $1.25 billion by 2025.

So, startups that want to stay ahead of the curve need to ensure that their chatbots are far from rudimentary. There are few things worse than interacting with a chatbot that follows strict conversation paths and sends irrelevant responses. These chatbots are also often made in a cookie-cutter fashion for any website, meaning they have no contextual information related to the questions they are dealing with.

However, building on the development of AI and machine learning-enhanced chatbots, cognitive chatbots are leading the way in creating fast and meaningful communication with consumers that gets their questions answered.

Let’s take a deep look into what cognitive chatbots have the power to do, where they can be best put to use, and how they can drive results for your startup.

What are cognitive chatbots?

Chatbots enhanced with cognitive technologies have been designed to accomplish tasks that traditionally, only humans have been able to complete, such as planning, learning and reasoning from partial information. This makes them especially suited to deal with more complex human requests delivered in natural, conversational language.

Cognitive chatbots often possess other capabilities, in addition to text processing, which make them appropriate for human interaction, such as voice recognition, sentiment detection and facial emotion recognition. This enables an even deeper understanding of the user’s request and sentiment, allowing the chatbot to react accordingly.

Industries are ripe for cognitive chatbots

While any business that desires a meaningful communication with its consumers has a use for cognitive chatbots, there are some industries in which these chatbots have real, immediate potential.

For example, any business with a heavy customer service focus might have its own sales team responsible for handling inbound calls. Employing cognitive chatbots to respond and resolve consumer queries as opposed to hiring humans holds huge potential to relieve those employees from work that computers now have the capabilities to do.

The potential for cognitive chatbots goes way beyond just customer service. For example, in financial services, chatbots can be used to detect fraud, hacks and even provide personalized advice. Cognitive chatbots can recognize inconsistencies in communication, indicating that someone else might be attempting to impersonate an account holder. While handing personal data over to a chatbot might seem concerning, it is significantly more secure than giving it to a human.

Further, voiceprint recognition can detect tension or nervousness, another indication of possible fraud. All of this provides heightened reassurance to the consumer, offering piece of mind that their data and their money is safe from chatbot-channeled attacks.

There was once a time when people were suspicious of giving their information to ATM machines. These days, we do it without a second thought. Similarly, interacting with chatbots (as opposed to people) is becoming more and more widespread.

In fact, 80 percent of businesses plan on using chatbots by 2020, according to a study from Oracle.

It goes without saying that by employing cognitive chatbots to interact with their customers, businesses will save significantly on time and resources. Humans will be freed from automative tasks, and thus able to devote their attention to higher-skilled and more stimulating work.

A survey by Deloitte recently found that integrating cognitive technologies into businesses actually instills greater worker freedom and creativity, along with “transforming how organizations get work done by breaking the trade-offs between speed, cost and quality.”

Not to mention, cognitive chatbots can complete tasks at a much faster rate than humans can, with access to infinitely more contextual information in a matter of milliseconds.

The ability of cognitive technologies to respond in a natural way also promises to deepen customer relationships, especially compared to frustrating experiences that a customer might have had with a rudimentary chatbot or waiting on hold for a customer service representative. All of this translates into happy and satisfied consumers that are likely to stick around — meaning increased revenue for your business.

While traditional chatbots have been around for decades, it’s only recently that intelligent chatbots have begun to be commercialized. IBM was one of the first companies to offer this technology commercially, just a couple of years ago. The technology is growing fast, and now a number of the big cloud providers (Amazon AWS, Microsoft Azure and Google Cloud) have their own offerings of cognitive sciences and analytics, along with SAP,who last year launched a cognitive chatbot.

Generally, we have a natural tendency to be wary of computers that can interact like humans do. But these concerns should be left in the past, as cognitive chatbot technologies promise to offer value to both consumers and the businesses that leverage them.

By leaving rudimentary chatbots behind and embracing cognitive technologies, companies can provide a faster, more convenient and more trustworthy service to their consumers, while simultaneously driving business growth, thanks to stimulated employees and increased revenue.