Lawyer-Bots Are Shaking Up Jobs 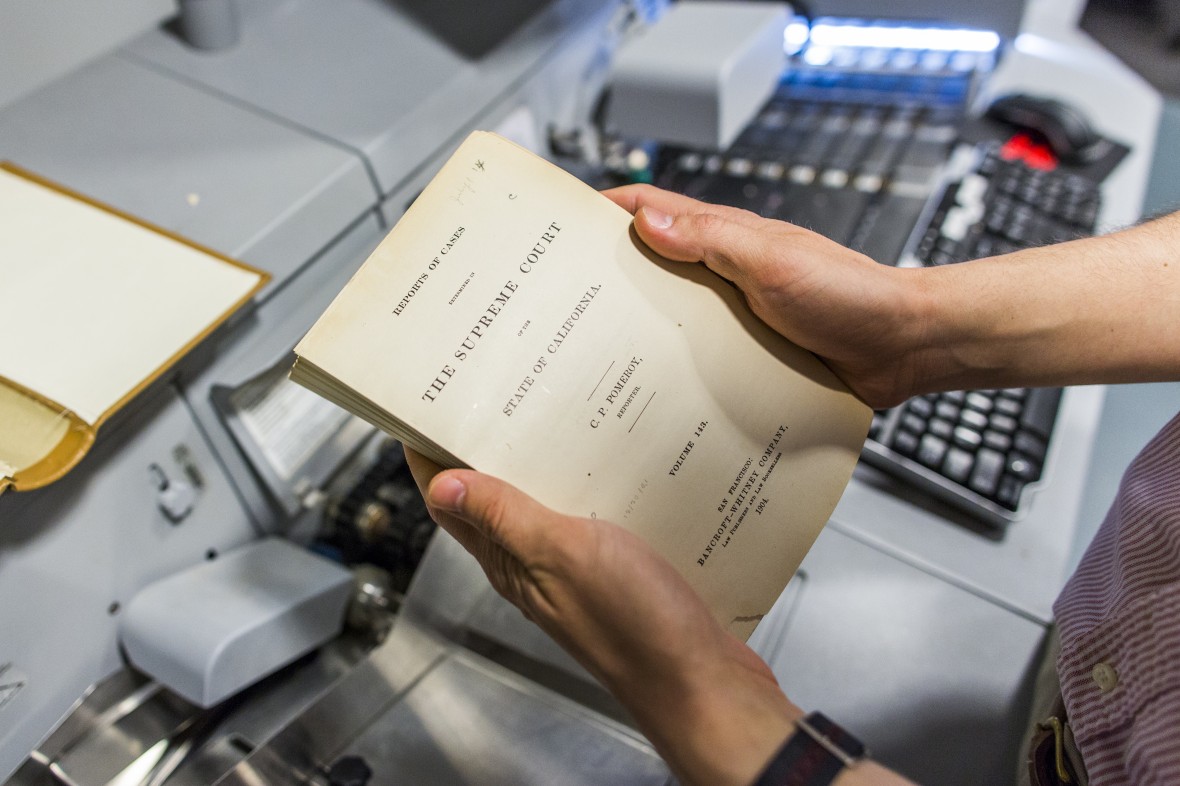 Lawyer-Bots Are Shaking Up Jobs

AI is augmenting and automating the tasks currently performed by hundreds of thousands of people in the U.S. alone.

Meticulous research, deep study of case law, and intricate argument-building—lawyers have used similar methods to ply their trade for hundreds of years. But they’d better watch out, because artificial intelligence is moving in on the field.

As of 2016, there were over 1,300,000 licensed lawyers and 200,000 paralegals in the U.S. Consultancy group McKinsey estimates that 22 percent of a lawyer’s job and 35 percent of a law clerk’s job can be automated, which means that while humanity won’t be completely overtaken, major businesses and career adjustments aren’t far off (see “Is Technology About to Decimate White-Collar Work?”). In some cases, they’re already here.

“If I was the parent of a law student, I would be concerned a bit,” says Todd Solomon, a partner at the law firm McDermott Will & Emery, based in Chicago. “There are fewer opportunities for young lawyers to get trained, and that’s the case outside of AI already. But if you add AI onto that, there are ways that is advancement, and there are ways it is hurting us as well.”

So far, AI-powered document discovery tools have had the biggest impact on the field. By training on millions of existing documents, case files, and legal briefs, a machine-learning algorithm can learn to flag the appropriate sources a lawyer needs to craft a case, often more successfully than humans. For example, JPMorgan announced earlier this year that it is using software called Contract Intelligence, or COIN, which can in seconds perform document review tasks that took legal aides 360,000 hours.

These programs are, simply put, changing the way legal research is carried out. Workers used to have to trudge through stacks of dusty law books and case files to find relevant information. That task typically fell to paralegals, vital members of any legal practice who usually do not have a law degree. As their standard responsibilities are increasingly taken over by machines, paralegals must find ways to work alongside the technology, or they are likely become a rare breed.

People fresh out of law school won’t be spared the impact of automation either. Document-based grunt work is typically a key training ground for first-year associate lawyers, and AI-based products are already stepping in. CaseMine, a legal technology company based in India, builds on document discovery software with what it calls its “virtual associate,” CaseIQ. The system takes an uploaded brief and suggests changes to make it more authoritative, while providing additional documents that can strengthen a lawyer’s arguments.

“I think it will help make [entry-level lawyers] better lawyers faster. Make them more prolific,” says CaseMine’s founder, Aniruddha Yadav. “If they are handling a couple cases at a time, they will learn the law faster.”

The company has already racked up hundreds of paying customers in Asia and the Americas, and it has plans to open up shop in the U.K.

Other legal tech startups with AI at their core have been gaining steam as well. Kira Systems, which makes a contract review platform, counts four of the top 10 American law firms, as well as several international firms, as clients. Meanwhile, investors plowed $96 million into Zapproved, a startup that makes a cloud-based electronic discovery tool. Overall, it’s been a banner year for new legal tech companies, with funding up 43 percent in the first three quarters of 2017 compared with the same time last year, according to a report by the research firm CB Insights.

Law schools have recognized the trend and are beginning to adapt: many have created new programs to teach the next generation of lawyers how to use these platforms and speak intelligently to the people building them. Harvard, for example, offers courses in legal innovation and programming for lawyers. Arman Moeini, a recent law school graduate and now an associate attorney, had the chance to use electronic discovery software while at the University of Florida. “Although imperfect, this software is quite effective, and drastically cuts down on the time spent performing document review—a task generally given to entry-level associates at larger national firms,” Moeini says.

There are, however, still obstacles to further adoption of AI in the legal profession. Chief among them is a lack of accessible data to use in training the software. Take the contract analysis company Legal Robot. In order to train its program, a team of developers built their own database of terms and conditions by collecting examples from major websites. But that wasn’t enough—the company also had to strike deals with law firms to gain access to their private repositories. In total, they compiled over five million contracts.

Adam Ziegler, the managing director of the Harvard Law School Library Innovation Lab, wants to remove this barrier to entry. He has helped lead the CaseLaw Access Project, an effort to digitize the entire historical record of U.S. court opinions and make that data available for legal algorithms to read and train on. “I think there will be a lot more experimentation and the progress will accelerate,” Ziegler says about the impact of this project. “It’s really hard to build a smart interface if you can’t get to the basic data.” His team completed its work in January, and the information is now publicly available online for free.

Although lawyers are not known for their fast uptake of technology, Ziegler anticipates interest. “I expect that clients’ knowing that technology can perform many of the repetitive tasks will [make them] increasingly unwilling for lawyers to do that work,” Ziegler says. “Why would you pay for a junior associate to do the work that technology could do faster?”

Source: Lawyer-Bots Are Shaking Up Jobs